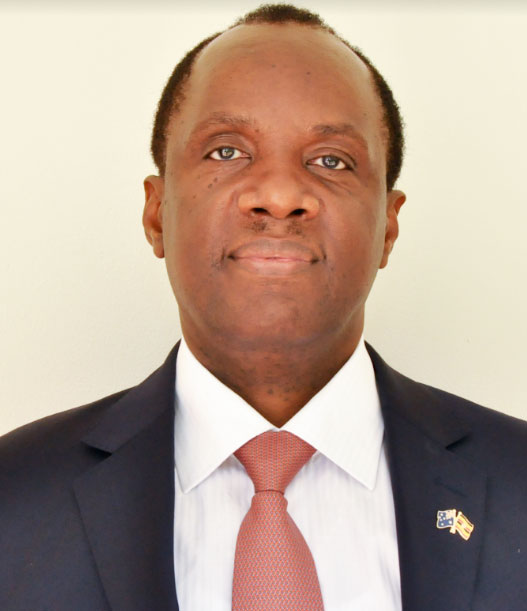 The Board of Directors of UTAMU in an appointment instrument dated 17th September 2021 and signed by Prof. Venansius Baryamureeba, the Board Chairman, appointed Dr. Patrick Bitature, the 2nd Chancellor of Uganda Technology And Management University (UTAMU).

The Chancellor of UTAMU:

Dr. Bitature has chaired and still chairs key public and private sector boards. Since 2014 he is the chairman of the Private Sector Foundation Uganda, which is an umbrella body composed of private sector enterprises and offering lobbying, advocacy and training for its members. He has been the chairman of the board of directors of Umeme, the largest electric energy distributor in Uganda from 2007 to date. Since 2009, he has been the chairman of Ndege Premier Aviation Company, a private air charter and aeroplane management company based at Kajjansi Airport. He has been a member of the board of directors of the Commonwealth Business Council from 2013 to date. Since October 2007, he has been a member of Traidlinks Limited and a director of the Ugandan chapter. Traidlinks is an Irish, non-profit organisation focused on improving the productivity of subject matter experts and promotes the growth of Public-Private Partnerships. Since December 2010, he has served as the honorary consul of Australia in Uganda. He has also served as the patron of the Australian Alumni Association Uganda from 2013 to date, to mention but a few.

Dr. Patrick Bitature brings with him immense knowledge and experience in business development, innovation and governance of public and private sector institutions. He is a person that affirms faith in business i.e., professes business. He is indeed a practice professor of business.  This business giant joins UTAMU, bringing with him an international perspective that will inspire and change the mindset of today’s graduates. He is the perfect fit for the position of Chancellor of a University such as UTAMU that focuses on producing graduates that are job creators instead of job seekers.